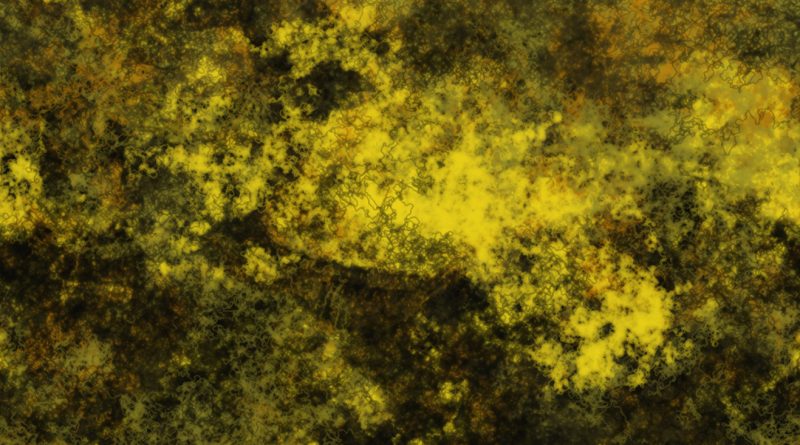 Nicolas Monmarché is a teacher-researcher in computer science and has long been interested in bioinspired methods of resolution (that is, inspired by phenomena, models or observations of nature). In particular, it is ants and their collective intelligence that captures his attention to propose tools for solving complex problems (for example in optimisation). Ant paints are snapshots of the visualization of their behavior, recreated on computer screen. 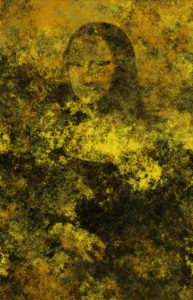 It is by seeking to show the modeling of ants, which is then called ants
“artificial”, on a screen, and in particular the use of chemicals, called pheromones, that allow ants to communicate with each other, that the idea came to represent these substances in the form of colors. As in nature, each ant can match a substance/color that it can deposit in its path. As with pheromones, ants are attracted/pulsed by certain substances/colours. The collective work of several ants simultaneously reveals images expressing the different parameters of each ant (in particular their displacement behaviour) and certain forms of cooperation (to cover the “canvas” of paint) or competition (to ensure that the colour is well represented) may appear. The first ants’ paintings appeared in 2003, and some scientific publications have proposed studies of these mechanisms of «bio-inspired art».

The system has been adapted to robots. We use a group of autonomous robots that move by depositing colour. Their movements and interactions aim to produce a visual work. The autonomy of robots means here that they do not need to be connected by a wire for both their energy and their decisions. This is why they are equipped with batteries and a microcontroller is used as a “brain” to make individual decisions. The program implanted in the microcontroller gives them a reactive behavior: they make movement decisions based on their perception of their environment through sensors (color sensors, distance sensor…). Their decisions also incorporate the notion of chance. For example, while the decision to turn comes from a reaction to their environment, the angle of this rotation can be chosen randomly. All these characteristics (reactive behaviour, integration of chance, interactions between several robots, and simulation of autonomy) bring the group of robots closer to what is observed in a colony of insects. This explains the choice of the term “robot colony”.